Castle Howard, that modest country cottage, sits on a hill up in Yorkshire. Designed by Sir John Vanbrugh, the house rests on the site of an old military castle from which is derives the first part of its name – it is not a castle itself. It is one of only a handful of truly Baroque buildings built in England (compare with Vanbrugh’s Blenheim Palace in Oxfordshire, for instance). It has served as the fictional Brideshead in both the admirable television adaption and the appalling film version of Evelyn Waugh’s ‘Brideshead Revisited’, and is a house well worth dedicating a novel to. 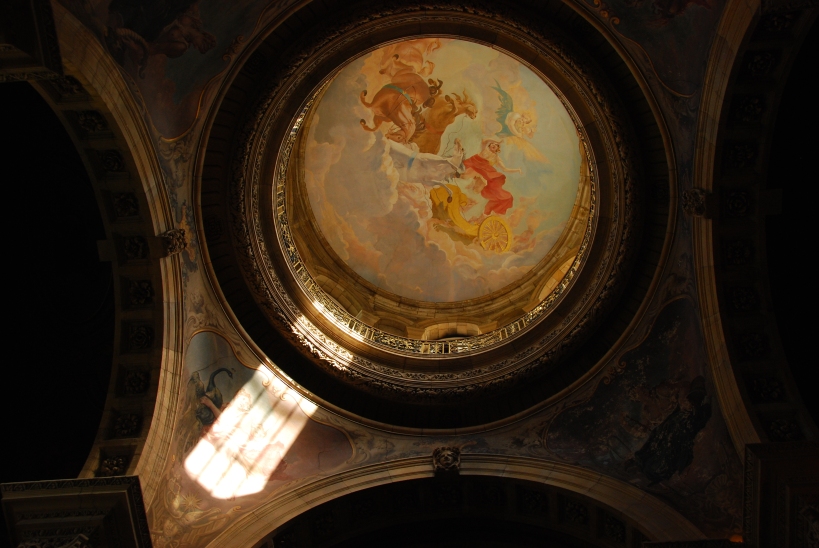 In spite of its outrageous scale and Baroque splendour, it is a remarkably comfortable estate. One almost feels at home wandering its gardens and rooms, or resting by the edge of its fountain. That said, I visited on a comfortable day in early Fall, and I imagine the ambience becomes less cosy when the winter winds sweep through its cavernous rooms. Castle Howard deserves a day of your time. It begs more than a cursory glance, and comes alive only when your initial awe subsides and you linger a little longer in its magnificent presence. 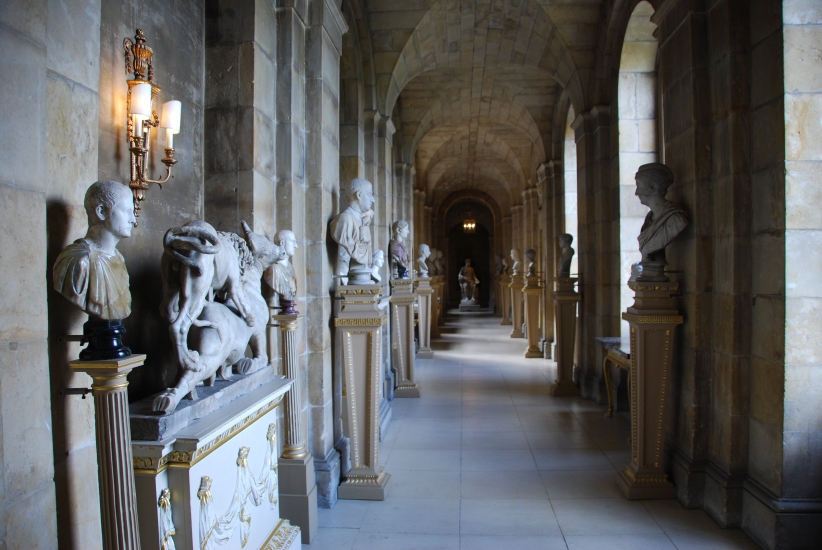 “Dreams are true while they last, and do we not live in dreams?”
Seven years ago this fellow and I were married in a quiet ceremony in his Oxford college chapel, with our parents and ten friends in attendance, followed by much wine and a candlelit dinner in one of our favorite houses. We were 24, both students, and we weren’t looking for a once-in-a-lifetime celebration so much as a template for how we wished to go on together.
We always set out to have the sort of home we never wanted to take a vacation from. It was the first and only we considered, but I didn’t see it in person until months after we’d bought it (a testament to my faith in my husband’s taste). We slept on a mattress on the floor for the first two years. Rooms are still unchanged, furniture is sparse, but very, very slowly we’re making it our own, and in doing so always trying to make it what it would have been in the 18th century, a quiet testament to history and enduring things, a curious sort of family home filled with candlesticks and silk, preserved but not too precious. I always think that we adapt our environments to reflect ourselves (when we can, in ways large and small), but that our environments also shape us, each in their own way, and how fun it will be to see what this house (so many centuries older and wiser) makes of us all.
Mornings in the field where the wild verbena grows, near the deep shade of the ancient oaks, grasses loud with crickets and cicadas, a warm wind in the air 🌾
Summer moments
What do you see?

© Gretchen Greer, 2017. Unauthorized use and/or duplication of this material without express and written permission from this blog’s author and/or owner is strictly prohibited. Excerpts and links may be used, provided that full and clear credit is given to Gretchen Greer with appropriate and specific direction to the original content.
Loading Comments...