Dark, impossibly creative, epic, horrific, beautiful – Peake weaves a world and characters out of something beyond the capability of dreams and nightmares, so complex and unique are they in their looks, language and actions. The book is more about the vast Gormenghast castle itself than the people in it. The structure is alive and breathing, vivid and haunting from its loftiest towers into its darkest shadows. The atmosphere surrounds you and seeps into your heart and mind. The book is one that you inhabit rather than read. It is remarkably compelling in its terror, and never more so than in the strange character of Steerpike, the grim and bloodily ambitious kitchen boy who seemingly embodies Gormenghast, seeks to control it, and very nearly destroys it. Although you shudder at the destruction he brings, you want him to succeed if only to keep him present in the narrative, if only to linger a little longer in the book’s shady corners. 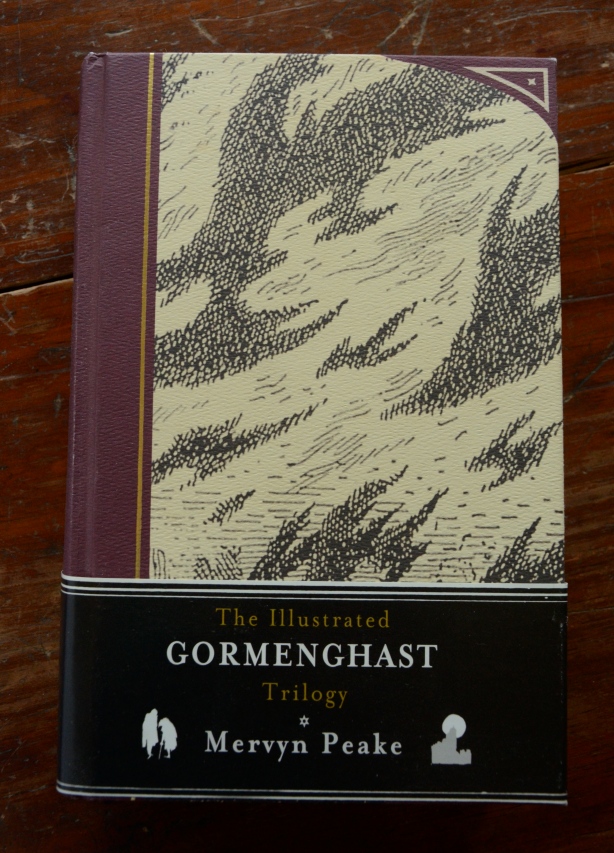 One thought on “Gormenghast by Mervyn Peake”

There was an error retrieving images from Instagram. An attempt will be remade in a few minutes.

© Gretchen Greer, 2017. Unauthorized use and/or duplication of this material without express and written permission from this blog’s author and/or owner is strictly prohibited. Excerpts and links may be used, provided that full and clear credit is given to Gretchen Greer with appropriate and specific direction to the original content.
%d bloggers like this: